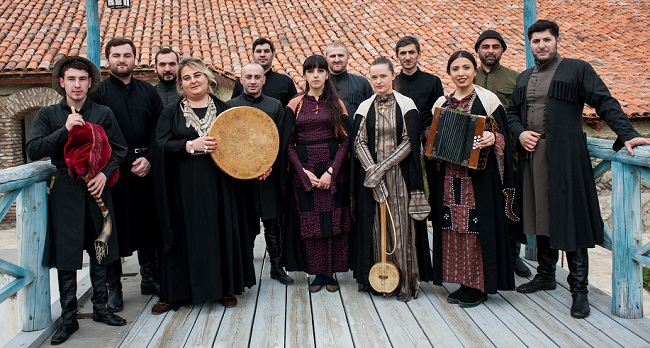 The ensemble Dziriani was founded in 2011, and all of its 15 members are young people originally from the Georgian region of Racha. Dziriani is the only group whose aims are to revive and popularize Rachan folklore with their traditions and performances, as it used to be in everyday practice. Dziriani’s repertoire is based on old archival recordings and the material collected by its director during his folk field expeditions. The ensemble performs lesser known old Rachan songs and dances in the traditional manner with the accompaniment of musical instruments such as the chianuri, stviri, daira and garmoni.